Welcoming festival-goers as they entered was the Blue Note Napa Stage, which, while smaller than the main stage, featured sounds that were anything but small. The likes of Kenny Garrett, Phony Ppl, and the Soul Rebels gave performances that were at once intimate and intense. At the event’s main Black Radio Stage, a phone-free directive gave rise to an experience unencumbered by cell phones, encouraging attendants to eat, drink, laugh, and dance without distraction. And dance they did: Friday’s Chaka Khan concert saw her playing all the hits—from “I’m Every Woman” to “Through the Fire”—while working the crowd like it was the 1980s again. As the sun set over the scenic hillsides each night, a collection of artists—Robert Glasper, Terrace Martin, ThunderCat, Kamasi Washington, BJ the Chicago Kid, and D Smoke among them—performed original impromptu jams and covered songs by DeAngelo, Marvin Gaye, Radiohead, and Nirvana, while Dave Chapelle cracked jokes about drinking red wine and diversifying Napa Valley. Katt Williams and Anthony Anderson both made surprise appearances on what was surely one of the most convivial stages Napa Valley has ever seen. Saturday’s Black Star performance brought down the house, running into the night past the local noise curfew. Comprised of Yaslin Bey (formerly aka Mos Def) and Talib Kweli, the duo played hits off their debut 1998 album as well as their most recent 2022 album No Fear of Time. Sunday night’s Maxwell performance left the concert on the perfect high note as the audience swayed to hits like “Pretty Wings.” 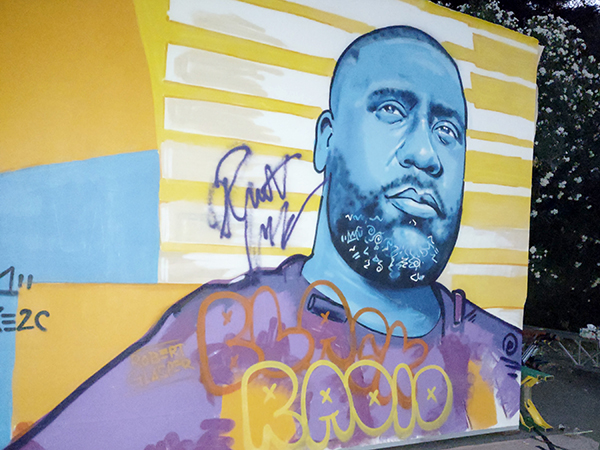 But the musicians weren’t the only stars of the event: attendants had a formidable list of local food and wine vendors from which to choose, including Austin’s Southern Smoke BBQ, Aunt Betty’s Gourmet Corn Dogs, Chef D By the Bay, Urban Spice, Danny’s Vegan, Zim Cuisine, Sticky Business Barbeque, Crisp Kitchen, and more. While attendants couldn’t seem to get enough of Aunt Betty’s full-flavored parmesan garlic fries, Sticky Business’s juicy pulled pork sandwich and Zim Cuisine’s perfectly seasoned charcoal-grilled chicken were worthy contenders. Together, the vendors gave concertgoers a mouthwatering taste of the wide variety of delicious food offered throughout the Valley. 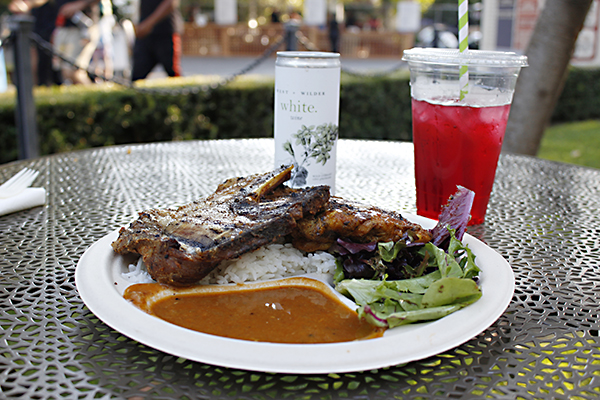 Of course, it wouldn’t be a music festival in Napa Valley without a bounty of wine; and between the VIP wine tastings and the vendor offerings, there was no shortage of some of the region’s best varietals and styles on display. Offerings by local wineries included a crisp and smooth Sauvignon Blanc by Flat Top Hills, fruity and bright sparkling wines by Schramsberg, and flavorful canned wines from West + Wilder. A dry, berry-forward Rosé by French Blue was also served. Naturally, Charles Krug wines were front and center, featuring a light and citrusy Chardonnay, a full-bodied and complex Merlot, and a rich, spice-drive Cabernet Sauvignon.

Although this was the inaugural Blue Note Festival in Napa Valley, given the festival’s success this year, there’s no doubt that locals and visitors will want to keep an eye out for tickets to the next Blue Note Festival come summer 2023.