Leader of the Pack

Mike Reynolds, President of HALL Wines, is an industry veteran and all-around likable guy. This year, Reynolds is celebrating an impressive 20 years at HALL Wines. His initial role as winemaker began in 2002, but he was quickly promoted to President in 2006. “There was a sense of shared values that were absolutely clear from the very beginning with Mike,” stated Kathryn Walt Hall, proprietor of HALL Wines and WALT Wines. As she reminisced about the early days with Mike, she continued, “He’s a winemaker in his heart, always. And I think that is part of the reason why he is so ideally suited to running a winery. His knowledge goes to the very core of what we do.”

In his personal life, Reynolds is a Napa Valley native with deep ties to the community. He is married to a local schoolteacher, Jenny Reynolds, and they have three children together. Outside of Reynolds’ commitment to his family and his role as president at HALL Wines, he is involved with the Young President’s Association – an association comprised of members in leadership roles who wish to better improve lives, businesses, and the world. His ethics at HALL transcend everything he does – from work to family to the community – and that’s what makes him such a valuable leader.
Both as winemaker and as president, Reynolds has always been highly respected and liked by those who work with him. “Mike is incredibly knowledgeable, honest, and one of the hardest working people I know,” said Megan Gunderson, Vice President of Winemaking. “He has been a great mentor and advisor throughout my tenure with Hall Family Wines,” she said as she reflected on 17 years of working beside Reynolds. While there are many examples of Reynolds’ honesty and mentorship, nothing comes close to the past five years of support that he has extended to those who work with him. 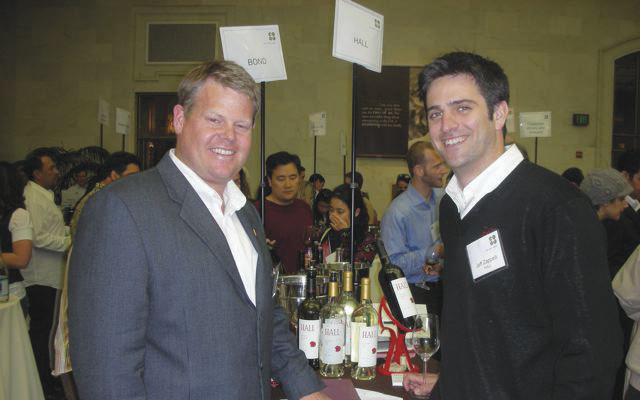 “I joined the team 17 years ago and was immediately impressed with Mike’s ‘no shortcuts’ philosophy. From the vineyards, production facilities, our five tasting rooms as well as the front office, he doesn’t take the quick route. Careful thought is put into each initiative to help with our team making the highest quality wine and invest in systems that benefit future generations.”

Through the significant challenges of the Atlas Fire in 2017, the Glass Fire in 2020, and the ongoing pandemic, Reynolds has shown nothing but selfless leadership, ongoing assistance, and a genuine sense of care for those around him. In 2017 and again in 2020, “a lot of our employees were evacuated,” Reynolds stated. “We were able to put them up in hotels for an extended period of time and really make sure that they were safe and had a roof over their heads.” And when COVID forced many local businesses to temporarily close their doors and lay off employees, HALL Wines retained all of its full-time employees with Reynolds at the helm. “We found something for everyone to do that would keep a steady paycheck in their pocket,” he explained. “We really wanted to keep people employed through those very hard times.”

Undoubtedly, his concern and care for his team come from the core ethos of HALL Wines. “One of the things that we have really tried to work on over a long period of time is having a strong culture built around doing the right thing,” Reynolds said. This much is clear through Reynolds’ actions in the face of adversity, his willingness to show up for his employees, and his commitment to always doing the right thing. 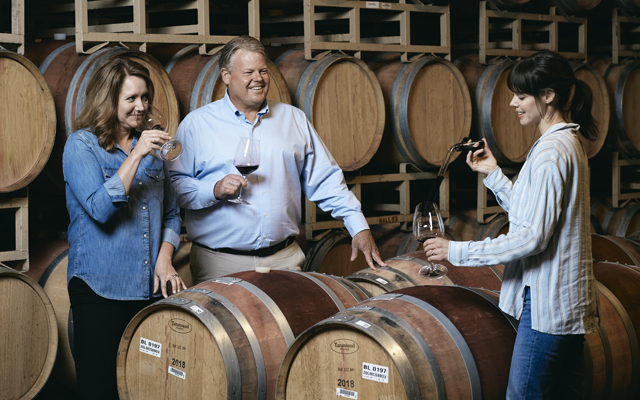 A Winemaker at Heart

Reynolds’ authenticity and good-hearted nature overflow into every aspect of the business at HALL Wines – from how much his team respects him, to his ability to run a successful winery, to his hands-on involvement at every level. Reynolds’ storied experience includes 11 years – eight of which were as winemaker – at Schramsberg. And with one of his two degrees in winemaking and viticulture from UC Davis, it’s no surprise that his deep connection to winemaking allows him to oversee a winery with such a strong passion and commitment to quality.

“One of the reasons why I was attracted to working with Craig and Kathryn Hall is that we had a shared vision that this was a long-term business. We knew we weren’t going to take shortcuts in terms of the production and development of the wines,” Reynolds said. “Wine quality is always at the core of what we do.”
Under his leadership, Reynolds has guided HALL Wines to endless praise and countless high scores from world-renowned wine critics. The quality of the wines is on display through a variety of elevated experiences at the winery – most of which include high-end wine education led by experts that are certified in wine knowledge. The Ultimate Cabernet Experience, which is led by a wine educator and showcases a collection of highly rated and allocated Cabernets, is one of HALL Wines’ most popular tasting experiences. 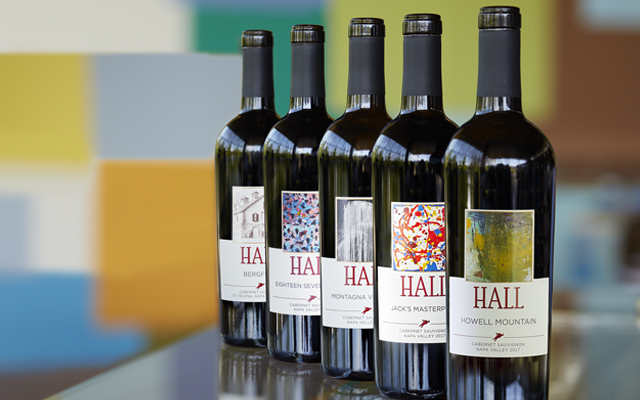 Reynolds’ experience in winemaking makes him an involved president when it comes to crafting the wines – he still makes one bottle of wine in the HALL collection. The same can be said for all other aspects of the business. “There isn’t a job at the winery I haven’t seen him do,” said Natalie Bell, Reynolds’ Executive Assistant, who has been working with him for 19 years. Countless tales of times he stepped in to assist in the vineyard, cellar, stockroom, or tasting bar are told by those who have worked with him. In his most authentic form, Reynolds is genuinely there to help every member of his team. 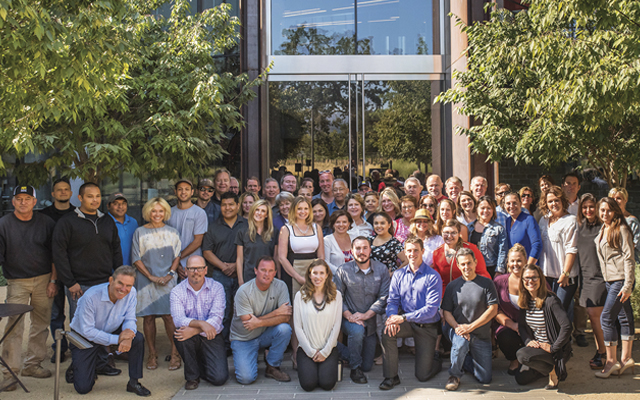 “He is able to weigh in on decisions from both a winemaker point of view as well as a business point of view,” stated Vintner Jennifer Brown, Kathryn Hall’s daughter. Reynolds’ second degree is an MBA from UC Berkeley and his education and skillset make him a truly inspiring leader, and one who continually receives praise from those around him. “He is whip smart, and able to keep a lot of disparate areas of the company current in his mind and stay on top of a lot of moving parts,” Brown furthered. “We are so incredibly lucky to have him as our president.”
Further testament to all of the praise from the HALL Wines team is the incredible tenure of those who work with him. It’s not often that you see other employees with longstanding careers of 15+ years alongside the same president. This speaks volumes for Reynolds. “We are a strong team,” said Kathryn Hall. “It’s a really good working relationship. And it’s more than that – it’s a personal relationship, too.” It’s clear that HALL Wines operates just as much like a family as it does a business, but that comes as no surprise from this family-owned winery who is committed to community, arts, responsibility, and entrepreneurship.