Founded in 1922, Madonna Estate celebrates 100 years of winemaking this year. The Bartolucci family has planning underway for an old-style Italian open house at the winery on August 27, 2022. 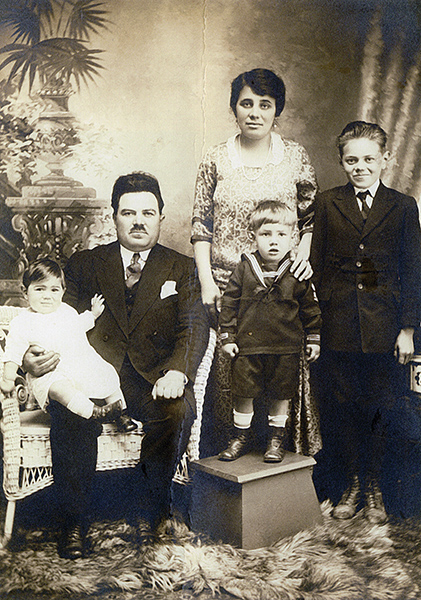 As an immigrant from Rimini, in the Emilia-Romagna region of Italy, Andrea Bartolucci left his wife and unborn child in the old country and passed through Ellis Island in 1913. He earned his living in construction work after arriving in San Francisco, helping to build structures for the Panama-Pacific International Exposition among other jobs. By 1918, he had earned enough to reunite his family in the new world. The Madonna Winery and Vineyards “date of date” is June 1, 1922, when family members Giuditto and Andrea Bartolucci bought a single acre in Oakville, just south of Oakville Grocery. In 1923, Giuditto and Andrea Bartolucci purchased another 24 acres to create the first Madonna Vineyard.

Vineyards and wineries were on their heels in Napa Valley in 1922. The onset of Prohibition in 1920 dramatically shrank the market for wine. A fire destroyed the original Madonna Winery building in 1924. The Bartolucci’s bounced back, and like many of their peers, earned their income by selling grapes in San Francisco for homemade wine, which was still allowed under the Volstead Act.

Despite Prohibition, the Great Depression, and World War II, the family business grew dramatically over the years. The winery was renamed Mont St. John and by 1948, under the management of Andrea’s son Louis and brothers Lino and Henry Bartolucci, and it was found to be the 12th largest winery in California.
In 1970, the family sold the 300 acres they had accumulated in Oakville, Yountville and Oak Knoll, and Louis and his son Andrea “Buck” Bartolucci chose to invest in Los Carneros. Buck purchased 160 acres and planted Pinot Noir and Chardonnay in 1970. From the start, the Madonna Vineyards produced 100% organically grown, dry farmed wine grapes, and the Bartolucci’s decided to produce only single varietal wines with no blending. These beliefs, farming techniques and procedures are still in effect today. The current cellar and tasting room on the corner of Highway 12 and Old Sonoma Road was built in 1977 by Louis and Buck Bartolucci. The first vintage of Pinot Noir was produced in 1979, and shortly thereafter in 1981 the tasting room officially opened to the public.

As they celebrate 100 years in 2022, the Bartolucci’s have the second-longest record of continuous family winemaking in Napa Valley. (Only the Nichellini Family has been producing longer.) Madonna Estate produces 10 wines with minimal intervention and winemaker influence, reflecting the vineyard, the vintage, and the varietals. On a daily basis you can find Buck Bartolucci, his wife Susan, and their two daughters Brette and Taylor Bartolucci working at the winery in the office, cellar, tasting room and vineyard. They continue the tradition of dry farming and organic grape growing, and in 1991 became one of the earliest members of California Certified Organic Farmers (CCOF).
As the second oldest winemaking family in the Napa Valley, the Bartolucci’s look forward to the next 100 years, with a dedication to farming naturally, while preserving and refining the winemaking traditions of their past. 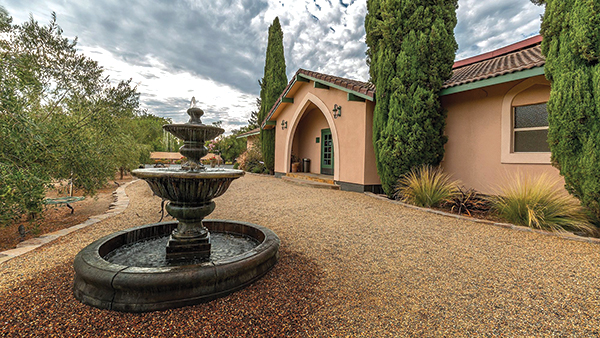