The Best is Yet to Come

Ralph Hertelendy traces his wine heritage back several generations to Hungary, to wines produced by his great uncle Gabor Hertelendy. You could say that wine making was always part of Ralph’s DNA, and when he decided to become a winemaker, his goal was twofold: to honor his family history and to produce the highest quality wine possible. The family name “Hertelendy” on the bottle is more than just a name-it is a tribute to family and his past-and a commitment to the future.

This is a man who is driven by an exuberance and passion for life. He is an accomplished pianist, a sports enthusiast who loves golfing, snowboarding, skydiving, and driving fast cars (on a racetrack). He speaks five languages (and remarks, he can “get by” in Hungarian). He is an artist (designing his own labels), a realtor, and philanthropist, being active in his family’s non-profit organization, The Hertelendy Foundation. With all his endeavors, Ralph channels incredible energy and passion into winemaking, striving towards excellence, while always challenging himself to be better.
His love affair with wine began at an early age, when he saw, at his parent’s dinner parties, how wine simply brought people together, and made them smile. That became Ralph’s goal, to make wines that are complex, intriguing, and will make people smile. In doing so, he brings something special into other people’s lives through his wine. As Ralph remarks, with a smile and ever-present twinkle in his eyes, “when someone sips my wine, I want to blow their mind.” 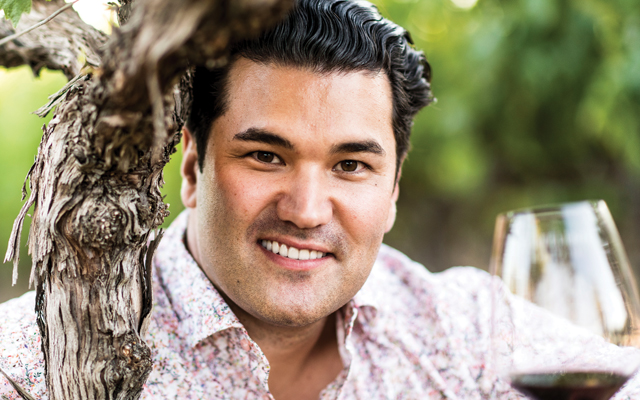 In his early thirties, Ralph was brash and “somewhat” arrogant. However, recognizing these traits, he sought out a consulting winemaker who would be able to temper him, teach him and meld distinctive styles and philosophies to produce great wines. Ralph found such a person in Phillip Corallo-Titus, head winemaker at Chappellet. Ralph knew intuitively this would be a perfect fit, blending personalities and styles. This was born out when Hertelendy’s initial 2013 vintage Cabernet Sauvignon was released in 2015. Instantly recognized by Robert Parker with a score of 95, Parker stated “…this wine merits serious attention.” Ralph Hertelendy was on his way establishing himself as one of Napa’s premier winemakers. Together, Ralph and Phillip create wines that reflect elegance and harmony. 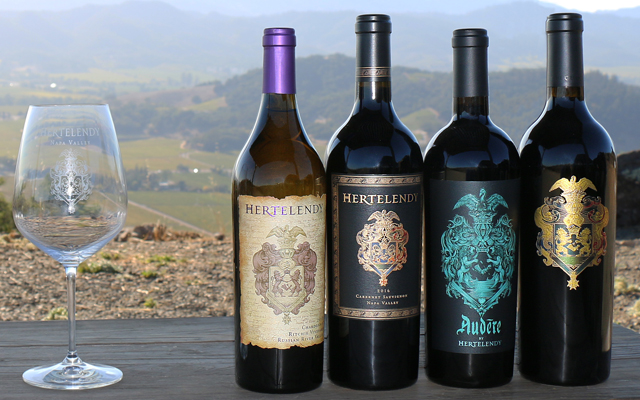 Hertelendy Vineyards sources its fruit, not just from its 28-year-old, 1365-feet-elevation “Rockwell Ridge” estate vineyard (35 feet below Howell Mountain AVA), but also from ultra premium vineyards around the Napa Valley including areas like Oakville, Atlas Peak, Pritchard Hill, Silverado Bench, Coombsville, plus the Russian River Valley for Chardonnay.
Just wrapping up this year’s harvest, Ralph said, “2021 may go down as an excellent vintage. We can’t be sure but so far everything is aligned beautifully.”
“The 2021 Merlot is tasting fantastic, really elegant. It’s probably some of the best Merlot we’ve ever gotten from the Rockwell Ridge Vineyard.”
Ralph and his team just picked seven tons of Cabernet Sauvignon, from the Atlas Peak area, where the vines are 21 years old and have a fantastic clone/rootstock combination producing ultra premium fruit.
“Petit Verdot is showing to be incredibly gorgeous this year, tastes delicious,” Ralph said excitedly. “Do you love blueberry notes in your Cabernet? I love it! It’s incredibly exotic, it’s intriguing, it’s gorgeous. It adds that extra layer for me…where my mind gets blown. Petit Verdot is a major contributor to that so I use quite a bit of Petit Verdot in my program.”

Six years following the original Hertelendy release, Ralph Hertelendy is recognized as one of Napa’s premier winemakers. All of his wines, be it Cabernet Sauvignon, Cabernet Franc, his elegant Chardonnay or blends, consistently receive accolades and high ratings.
One example of praise being accorded Ralph Hertelendy and his wines (USA TODAY July 26,2021) states in part:
“There isn’t a Hertelendy wine that hasn’t received praise; their bottles have scored 99 points from some of the world’s best critics. At Hertelendy Vineyards, there is no sacrifice to their craft, and in the realm of luxury wine, few can compete.” 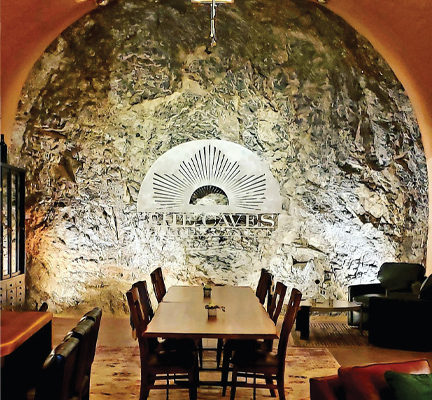 You can experience these ultra-premium hand-crafted wines, what Ralph describes as “a wine concerto,” at The Caves of Soda Canyon, by appointment only. To schedule an appointment, call (510) 629-9463 or email Ralph at info@hertelendy.com.

By Don Sonderling
Don is a freelance writer covering California’s Wine Country Lifestyle from the
Central Coast up through the Napa Valley. He may be reached at donsonderling@gmail.com.