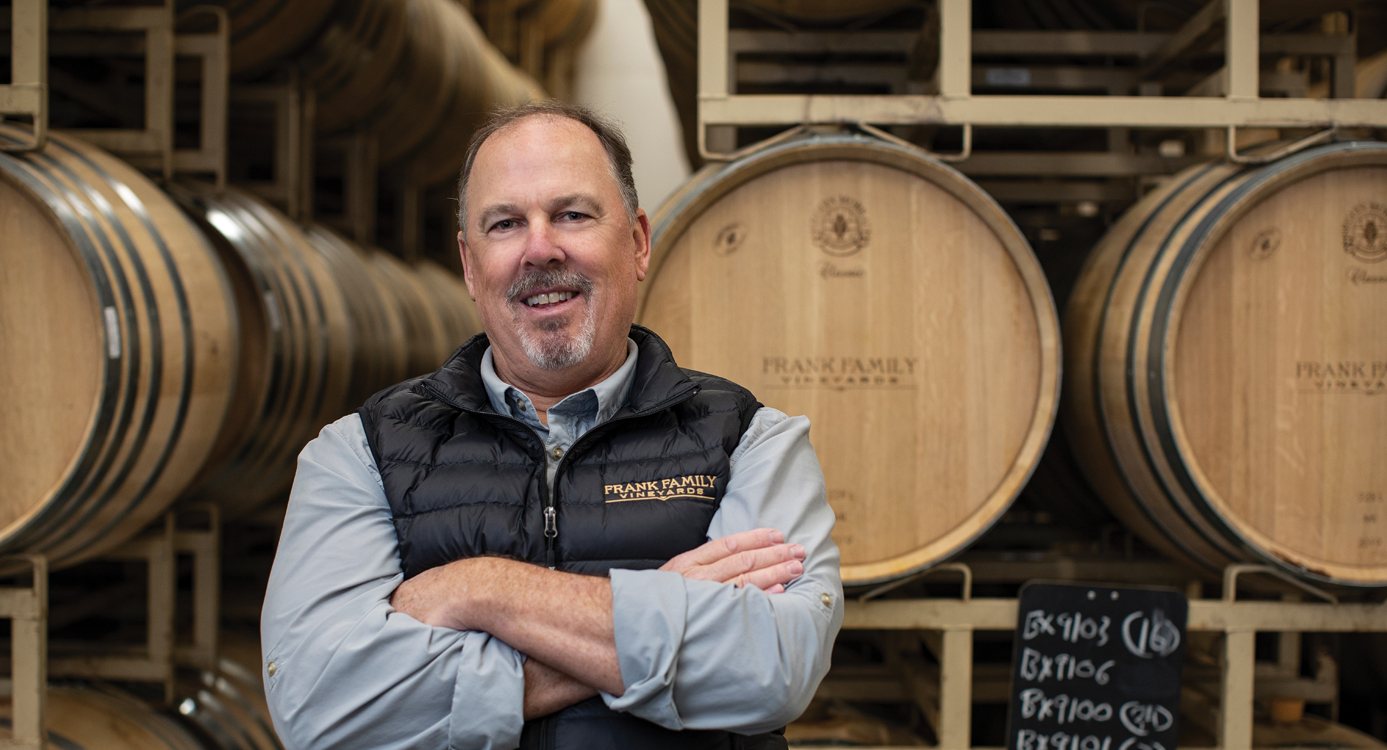 Most know Frank Family for their well-crafted Chardonnay and Pinot Noir, but did you know they also offer a luscious lineup of sparklings? It’s fitting, seeing as how their original stone structure on Larkmead Lane, built as the Larkmead Winery in 1884, once housed Hanns Kornell Champagne Cellars.

The story involves WWII and a third generation German immigrant winemaker – Kornell himself – who was determined to establish a new life in America after being freed from the Dachau prison camp.
On his way from England to America, though, his ship was torpedoed by the Germans, but he was rescued and landed in New York City with just $2 in his pocket. Kornell hitchhiked to California, where he worked in the wine industry, eventually purchasing Larkmead Winery from Lillie Hitchcock Coit, for whom the Coit Tower on Telegraph Hill in San Francisco is named.

Kornell introduced méthode champenoise to California in 1958, and became known for his Riesling-based sparkling, reminiscent of the Sekt produced in Germany. He insisted on producing Champagne style wines while everyone else was making sparkling in vats. But when the big French and Spanish sparkling houses – Taittinger, Chandon, Roederer, Gloria Ferrer  – began investing in Napa to expand their sparkling empires, Kornell found himself unable to compete. An overly ambitious, exceedingly expensive and way too late overhaul of the winery caused Kornell to go bankrupt. He promptly lost the winery and died penniless, at age 83. But the spirit of sparkling he began would yet live on.

When Disney executive Rich Frank, purchased the property in 1992, he was attracted to the property’s storied history, and the rumor that Marilyn Monroe patronized Kornell back in the day to get her bubbles fix. When winemaker, Todd Graff, with ten years of high-end sparkling wine experience at Schramsberg (where he made sparkling in Portugal as part of a joint venture) as well as Cordoniu, joined the Frank Family team in 2003, it was time to crank up the bubble machine. 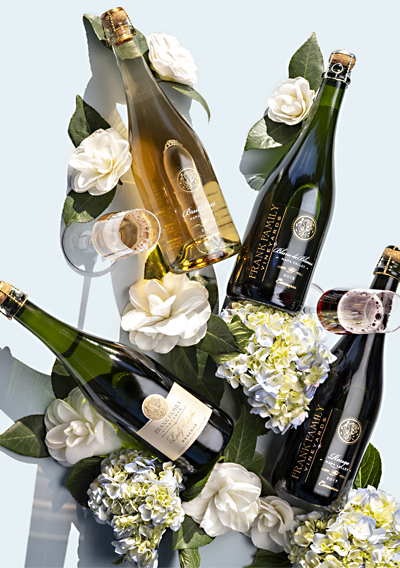 Frank Family currently produces about 5,000 total cases of four distinct styles of sparklings: the current offerings are 1,000 cases each of the 2015 Blanc de Blancs, 2016 Brut Rosé and 2017 Rouge, and 500 cases of 2012 Lady Edythe Reserve Brut.
Graff says the Brut Rosé is by far the most popular of all the sparklings sold out of the tasting room. No wonder: it’s beautiful, soft and fruit-driven, with aromas of spring flowers and ripening strawberries, and flavors of raspberry and strawberry sherbet.
Fans of Lambrusco style sparklers will appreciate the Rouge, made mostly of Pinot Noir with some generous skin contact for color and texture. It carries on a tradition started by Kornell, although he never used Burgundian varietals. “It’s a Champagne style red,” says Graff. “It’s not a still wine with bubbles in it.”

All of the Frank Family sparkling wines are made painstakingly by hand in the méthode champenoise manner, which means secondary fermentation occurs in each individual bottle. It’s like managing thousands of separate fermentations. Each bottle has to be racked and riddled, one at a time. Initially, they used the original wooden riddling racks from the days of Hanns Kornell, but have since moved to mechanical riddling.
Graff tells us, “Our Blanc de Blancs, Brut Rosé, and Rouge bottlings each spend three years resting on the lees before disgorgement. Our late-disgorged Lady Edythe Reserve spends six years on its lees.”
If you’re a fan of sparkling, you might want to join the Frank Family Bubbles Club. Says Graff, “Our “Bubbles” Club is one of our most popular clubs, and it offers priority access to our Reserve Sparkling wine, released once every five years.” 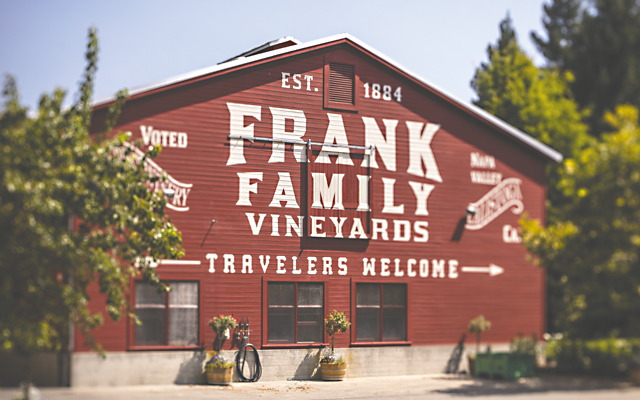